The Dark Knight Rises – Life In The Public Eye

I recently saw a great review of Sam Raimis Spiderman & Spiderman II. In it there was an interesting part about the people of New York City and how they help Spiderman to defeat the bad guy.

The first movie has a great scene in which some New Yorkers throw stuff at the Green Goblin, while he is trying to make Spidey decide between a group of children and Mary Jane. In the second one, the passengers on the subway are helping Peter after his fight with Doc Ock. These are crucial scenes. Peter Parker faces the decision of protecting his own life or fulfilling his duty as a super hero. It highlights, that Spiderman might have superpowers, but that he is still just a regular person from New York. He is the one in the suit, but when there’s trouble in the city, everybody helps out as good as they can. Sam Raimi even highlights that focus to the citizens when he cuts in snippets of civilians talking about the Spiderman. The city, the citizens and the superhero are one.

Now The Dark Knight Rises has a different approach. In Christopher Nolans Batman franchise Gotham has become a metaphor for New York City. It looks almost the same. From the structure of the buildings to the uniforms of the police. So it could very well be set in New York, New York with all its sights and people. But instead of exploring the citizens of the city, The Dark Knight Rises takes a closer look at the public figures. Almost every mayor character in the story is exposed to the public eye. The movie even starts with a podium scene and its not the last time a character talks to a group of people. We have a clear separation between the citizens and the heroes. Sure there are criminals and cops and bankers and party guests, but they are all treated as social groups rather then individuals. The only characters having a clear voice, are the ones you would consider as persons of the public. And how they deal with that is shown throughout the movie.

When I first saw The Dark Knight Rises it took me a while to figure out that Bane was actually played by Tom Hardy. The physical transformation he went through and his brilliant acting completely overshadowed his own personality. He became something else. Something unrecognizable. Tom Hardy is not only known for his many roles where he is forced to wear a mask, but also for his transforming acting style. Now the same goes for Gary Oldman. Considering his role as Sirius in the Harry Potter movies you wouldn’t connect that performance to the guy playing Commissioner Gordon. And when you realize that its the same guy, you are simultaneous impressed and scared. Both actors completely loose themselves in their characters, so that they become one with them.
Interestingly thats exactly what their characters do in the movie as well. Bane is a gentle guy, forced to wear a mask. Misjudged by his physic he completely immerses himself into the role of the brute. It takes the movie quite some time to unravel the soft mystery behind the man with the mask. Similar to Commissioner Gordon, who on the first look seems like an everyday family-guy. Its only when we take a closer look, that we realize, that he his one of Batman’s closest allies and the only reason, that Gotham is safe. The private life gets completely repressed by the public appearance.

Of course that isn’t the only way of dealing with a public life. Hiding your true personality behind a multi-layered character can be very difficult and even might be considered dangerous. You can lose yourself in the many lives you don’t really live.
The opposite approach can be seen in the form of Joseph Gordon-Levitts character in the movie. A gentle and kind young man, who started as an orphan, became a police officer and then got promoted to detective by Commissioner Gordon. But no matter what uniform you put him in, he always stays the same man. His private personality is always up front. The same could go for Joseph Gordon-Levitt himself. Despite being a very talented and versatile actor, you are always able to see Joseph Gordon Levitt behind the costumes and masks. You can admire his passion and craft, but you nearly never mistake him for someone else. No matter if he portraits a french high-wire artist, a bold cancer patient or if he is hosting his own show hit-record you always get his own personal take on the matter. Joseph is always present in the moment and that makes his work so relatable and intriguing.

Obviously the alter-ego as portrait by Christian Bales Batman, Anne Hathaways Catwoman or Marion Cotillards Miranda is also a common technique of dealing with the separation of the private and the public life. To create an alternative persona that can act on its own might come in handy when having a lot of public appearances. Funnily enough that approach can be seen on Christian Bale himself, as he is often completely transforming himself in order to play different characters, but is still always notable in the shot. Its like Batman and Bruce Wayne. Nobody knows that they are the same person, but if you count to ten you might be able to figure it out. Its difficult to switch between these two personality types because they easily can get mixed up. The are still influencing each other. So when Bruce Wayne is frustrated, Batman is weak. No matter how hard you try to divide them, they are always together. But an alter ego is also a shield. Catwoman is the only thing that can keep Selina save. And Miranda couldn’t achieve her goals if she didn’t pretend to be someone else.

And although he is rarely in this movie, I have to talk about Harvey Dent aka Two Face aka Aaron Eckhart. The split personality. To switch between a public and private persona in a matter of seconds is more then difficult. And to show the two sides as one without neglecting either one of them requires a lot of strength and a lot of training. You openly accept, that you are living two lives. And you don’t hide either one of them. If the situation requires a public opinion, you share it, without holding back your private point of view. And if you are in private, your public version never really leaves you. No shield, no hiding. Everything is exposed. It’s honest and kind of dangerous.

LIFE IN THE PUBLIC EYE

Now, as an actor I am confronted with the decision of how to deal with public events. Heck, we all are. Whether it is going to the supermarket or walking the red carpet. You can hide, you can protect, you can open up. And if you don’t know which way you want to deal with that, take a closer look at The Dark Knight Rises. It offers a variety of options to choose from. 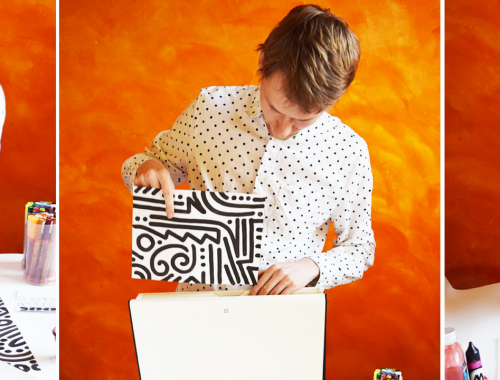